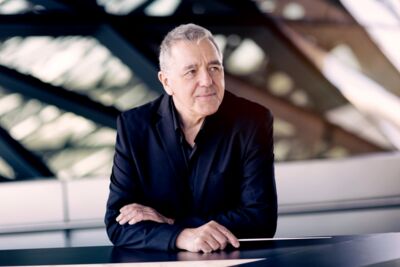 The English conductor and composer Howard Arman studied at Trinity College of Music in London. He is a regular guest with orchestras, opera houses and festivals throughout Europe. He has appeared at the Salzburg Festival since 1995, at the lucerne Festival since 2011 and, since 1996, at the Händel-Festival Halle, where he received the Händel Prize for his work on reforming the Händelfestspielorchester as a period instrument ensemble.

He was Artistic Director of the Festwochen der Alten Musik in Innsbruck, Generalmusikdirektor in Altenburg-Gera and from 2011 to 2016, Musical Director of the Lucerne Theatre, where his many productions included Mozart’s Le nozze di Figaro, Bellini’s Norma, Bizet’s Carmen und Strauss’ Ariadne auf Naxos as well as the dance theatre piece Metamorphosen (with compositions by Arman) and the world premiere of Johannes Maria Staud’s Die Antilope. As Principle Guest Conductor at the Gärtnerplatz Theatre in Munich he conducted works ranging from baroque operas to Donizetti’s Anna Bolena, Puccini’s Tosca und Johann Strauss‘ Wiener Blut.

From 2011 to 2022 Howard Arman was conductor of the Bavarian Radio Choir, and until 2020 Professor of orchestral conducting at the Musikhochschule Luzern.

The mezzo-soprano Bernarda Fink was born to Slovenian parents in Buenos Aires, where she received her education at the Instituto Superior de Arte del Teatro Colón.

She gained artistic success at prestigious opera houses in Europe as well as in her native Argentina in the roles of Cecilio in Mozart’s Lucio Silla directed by Nikolaus Harnoncourt at the Theater an der Wien, Idamante in Mozart’s Idomeneo at the Teatro Real in Madrid, Irene in Handel’s Theodora directed by Ivor Bolton at the Salzburg Festival, and Geneviève in Debussy’s Pelleas et Melisande at the Vienna State Opera.

These days she is performing with renowned orchestras such as the Vienna and Berlin Philharmonics, the Royal Concertgebouw Orchestra, the Staatskapelle Berlin and Dresden, the Bavarian Radio Symphony Orchestra, the Cleveland Orchestra, the Chicago Symphony Orchestra as well as leading Baroque orchestras. On top of that, she sings under such notable conductors as Barenboim, Blomstedt, Bychkov, Chailly, Gardiner, Gergiev, Haitink, Jacobs, Jansons, Muti, Pinnock, Prêtre, Rattle, Welser-Möst and others. Thanks to her wide-ranging repertoire from Baroque to 20th century music, she is one of the most sought-after concert and lied singers.

Many of her more than 50 recordings have been awarded prestigious prizes such as the Diapason d’Or or the Grammy. Bernarda Fink received the Austrian Decoration for Science and Art in 2006, the Prešeren Foundation Award, Slovenia’s highest cultural award, in 2013, and the Austrian honorary title “Kammersängerin” for distinguished singers of opera and classical music in 2014.

Peter Kooij started his musical career at 6-years-old as a choir boy and sang many solo soprano-parts in concerts and recordings. He started his musical studies however as a violin student. This was followed by singing tuition from Max van Egmond at the Sweelinck Conservatory in Amsterdam.

His wide repertoire contains music from Heinrich Schütz to Anton Webern and is documented in 180 CD recordings. He was invited by BIS Records to record the complete Bach cantatas, passions and masses with the Bach Collegium Japan under the direction of Masaaki Suzuki.

In 1999 Peter Kooij founded the chamber orchestra De Profundis, which had aimed to give singers a professional support to perform historically performance practice. In the same year he also founded the vocal ensemble Sette Voci. 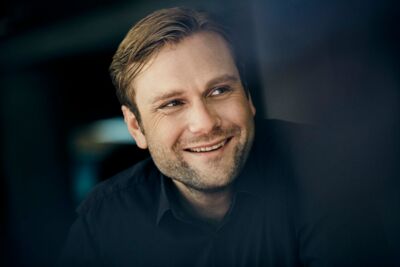 Benno Schachtner was born in Illertissen, Germany, in 1984. He studied church music at the Hochschule für Musik Detmold in Gerhard Weinberger’s organ class and graduated in 2009 with a diploma. After studying singing with Heiner Eckels in Detmold from 2009 to 2010, he completed his vocal studies at the Schola Cantorum in Basel in 2012 as part of the master’s program with Ulrich Messthaler.

The countertenor is among the leading singers in his field. Notable engagements include his New York Carnegie Hall debut with works by Johann Sebastian Bach, his Theater an der Wien debut in a new production of Handel’s Teseo, and his Opéra de Paris debut as part of a new production of Scarlatti’s Il primo omicidio directed by Romeo Castellucci, each conducted by René Jacobs. He performed with the Freiburg Baroque Orchestra, the Akademie für Alte Musik Berlin, the Collegium 1704, the RIAS Chamber Choir, the Helsinki Baroque Orchestra, the B’Rock Orchestra (including a concert production of Telemann’s Orpheus), and the Orchestra of the Age of Enlightment among others. A driving force behind his artistic work is his close collaboration with the conductor René Jacobs and the expert of historically informed performance practice Václav Luks.

Since April 2020, Benno Schachtner is professor for early music singing at the University of the Arts in Bremen. From 2016 to 2020 he taught historical performance practice at the Mannheim University of Music and Performing Arts. 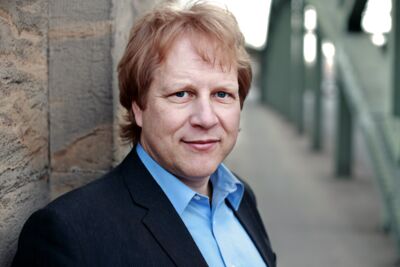 Markus Schäfer studied church music and singing in Karlsruhe and Düsseldorf with Armand McLane. He was a member of the ensemble at the Zurich Opera House, the Hamburg State Opera and the Deutsche Oper am Rhein Düsseldorf.

As a song interpreter, Markus Schäfer has enjoyed great success in New York (Lincoln Center), in Vienna, at the Schubert Festivals in Feldkirch and in Schwarzenberg, at Wigmore Hall in London, and the Heidelberg Spring Festival.

Many of his CD recordings have been awarded (including a Grammy for the St. Matthew Passion conducted by Nikolaus Harnoncourt) and document the spectrum of his repertoire from baroque, classic and romantic works as well as first performances by contemporary composers like Wolfgang Rihm and Wilhelm Killmayer.

Since 2008, Markus Schäfer is professor for singing at the Hanover University of Music, Drama and Media. 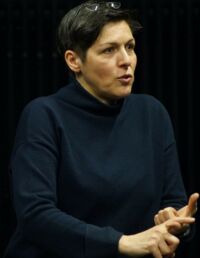 The soprano Elisabeth Scholl began her singing career in her hometown with the Kiedricher Chorbuben, a boys’ choir with more than 650 years of choral tradition.

After her first experiences as a soloist, for example as the First Boy in Mozart’s Magic Flute at the Hessisches Staatstheater Wiesbaden, she began her vocal training with Prof. Eduard Wollitz. She studied musicology, English and art history at the Johannes Gutenberg University Mainz. With Richard Levit and René Jacobs, she then specialized at the Schola Cantorum Basiliensis as a singer in the field of baroque vocal performance/historical performance practice.